I recently spent a couple of weeks in Australia with my mum. As we set off on our long long flight across the world, I wasn’t sure how much I would get out of such a short trip, apart from the enjoyment of catching up with family friends and relatives. It wasn’t a holiday down under like most people would imagine; there was no time spent sunbathing and not even a dip in the ocean. Unbelievable, I know.

However the short time away proved more valuable than I anticipated because it reinforced some key points one should consider covering to help guarantee a positive travel experience.  You may be destined for one of the most renowned places on the planet, but its great reputation doesn’t promise you’ll have a great time. Whilst you can never guarantee that you will have a perfect travel experience, certain travel methods can minimise the risk of you coming away disappointed.

1. Go just before busy season
For the sake of space and spending habits, consider visiting a destination just before peak season. We were in Australia from early to mid-late October for the start of spring. Mornings were crisp, skies were (mostly) blue and tourist hotspots attracted a bearable number of visitors. Viewing points at the 12 Apostles on the Great Ocean Road were not rammed and, apart from a coach load of Asian tourists, Katoomba in the Blue Mountains was not heaving (albeit quite chilly – definitely bring a warm jumper!) Temperatures averaged 18 degrees in Victoria and reached the low 30s in NSW. Accommodation is also more likely to be available at this time of year and less likely to require reservations. 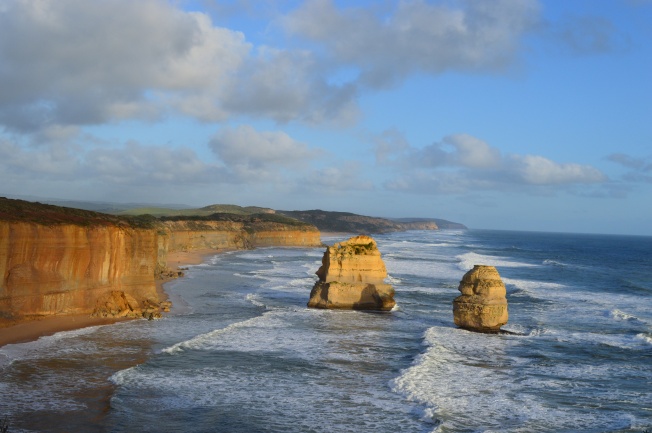 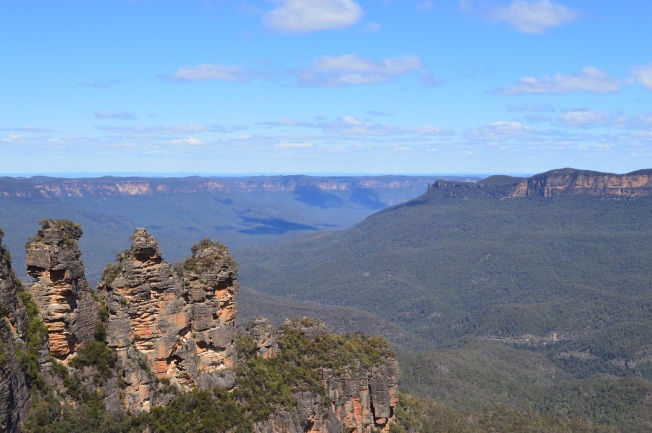 2. Buy a proper map
My mum and I started our road trip with only the small sketched maps in our Lonely Planet guidebook for reference. This uncharacteristic lack of organisation caused quite a bit of stress at times along the way..! We were also surprised by the lack of regional road atlases on sale in petrol stations. Thankfully we were stocked up  for parts of our journey by relatives and tourist information centres.

Some people would say, “Just use GPS – duhh!” But part of the fun of a road trip is choosing your own route instead of being instructed by an annoying voice which may direct you on the fastest, least scenic route. Co-navigating a route around the western USA in 2014 was so much fun, but mainly because I had a proper map…

3. Get away from the popular tourist areas
There is more to Australia than surf and the Sydney Opera House, just like there is more to England than London and more to France than the Eiffel Tower. Part of the reason we didn’t go into Melbourne or Sydney was because of time restrictions, but also because whilst there are many elements of cities that I enjoy, there comes a point when you realise that they all mostly offer the same man-made things with small variations. I wasn’t curious enough to warrant the faff of finding a parking space for a few hours.

Instead, by going inland we witnessed some beautiful rolling Victorian countryside and lush green sheep-dotted pastures, spotted kangaroos in the wild (I admit that a fair few of them were sadly on the side of the road), and stopped by quaint little towns with local-owned cafes that made delicious fresh sandwiches.

4. Learn from your parents
A road trip with anyone can be intense; you have to adjust to habits of the other and have limited outlets through which to release any stress. So bringing parents into the equation can be a catalyst for World War 3. You’re less likely to hold back on venting your irritation with them, and indeed, my mum and I got on each other’s nerves at times. But one habit I loved watching was the way she interacted with anyone she came across. She asks questions without worrying if she looks silly and I could see a change in the people she spoke to as their expressions transformed from autopilot make-the-customer-happy responses to genuine happy smiles. Unfortunately one person was a bit too charmed by her – I had to sit through a taxi ride in which the Italian-born driver kept telling my mum how young she looked. Vom.

5.  Prepare to be flexible with your plans
We were quite unfortunate in that we were forced to take a few diversions during our trip. The Great Ocean Road was closed between Lorne and Anglesea because of a landslide, so we detoured through bushland. There was still snow on the roads in the Snowy Mountains so, without chains, we couldn’t drive through this national park as hoped in our tiny Nissan Micra rental. We then had to take a 50 km detour en route to friends in Bellingen, north NSW, due to a traffic accident late at night. Annoying as these things are, it’s important to remain optimistic and look for the positives that the unexpected alternative might bring. Being unable to drive through the Snowys, we instead winded our way through Alpine National Park which brought us glimpses of snow-dusted mountains, silver slivers of rivers…and some curious cows. 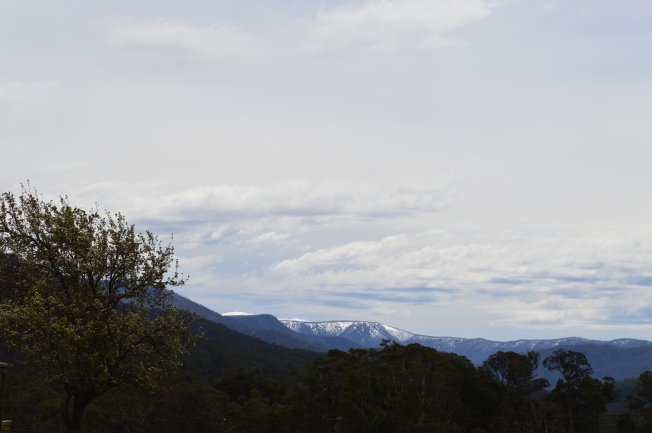 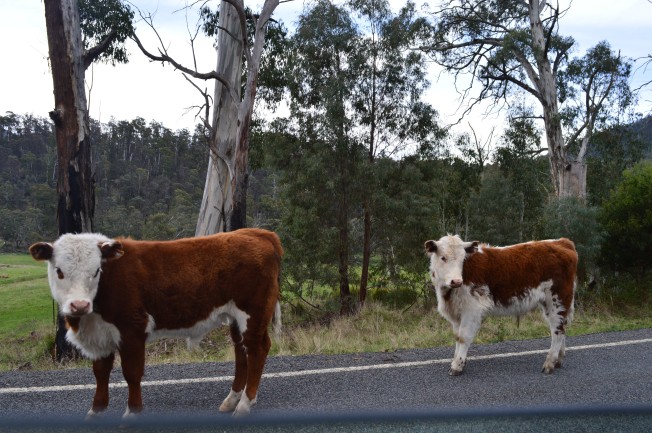 6. Ask locals for advice
Some people have too much pride to accept that they are lost or confused and need the advice of a stranger. Most people in London for example wouldn’t dream of stopping someone on the street to ask them a question unless absolutely desperate. In a day and age where people are excessively reliant on technology, my old-school mum and I opted for the old-school approach of face-to-face interaction when it came to asking for recommendations of the best routes, places to eat and places to sleep. Some people we asked still resorted to technology (indeed, one large lady in a gas station responded to my question by saying, “Just Google it” as if I was stupid) but others were very knowledgeable and had interesting tips.

7. Visit a small town
I think there is a lot to be gained from spending a night or two in a small sleepy town. You get a good feel for what the country is really like away from the tourist traps. A visit to a dear family friend in the country town of Lockhart gave me an insight into a local community. Greens Gunyah museum commemorated the role of the town’s residents in the World Wars. I also learned of an art craft I’d never considered before. Local artist Doris Golder’s incredibly impressive ‘Wool Art’ involves her recreating photos of animals, landscapes and public figures with sheep wool as the sole material. Way better than the Tate. 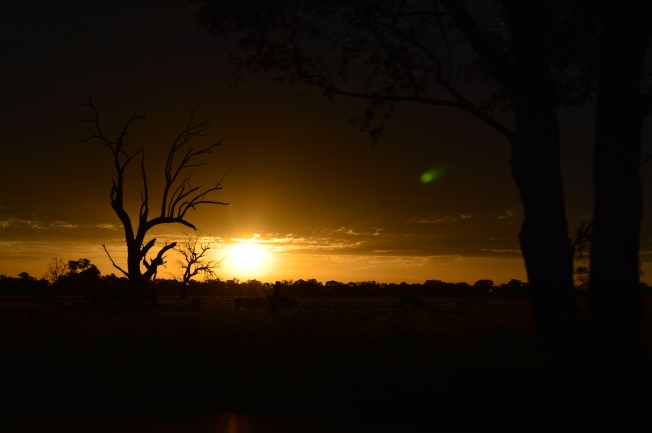 Whilst located on the popular Great Ocean Road, Apollo Bay also had a nice small seaside-town atmosphere. We found a motel late on a Friday night and the owner, Jim, was very sweet in advising us to get something to eat before everywhere closed. We ate pizza at a pub down the road where two gregarious girls threw back beers and mingled with the oldies and their dogs sat out on the deck. The next morning we saw one of the girls behind the only open till in the supermarket. We browsed the small Saturday market and chatted with a friendly stall-holder. You got the feeling that everyone knew everyone in this town, and it was refreshing. 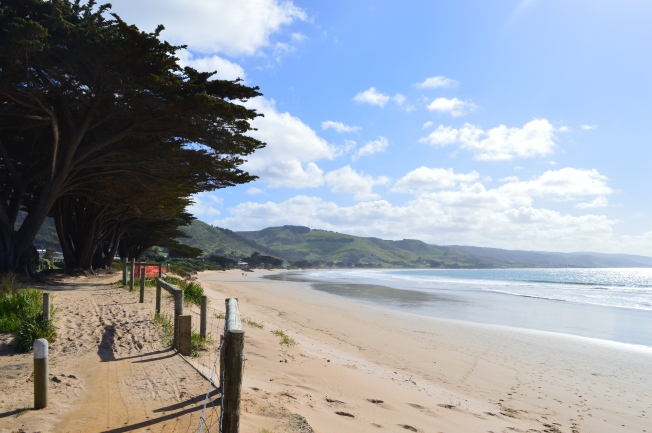 8. Every road trip needs a great playlist
Driving gets tedious and tiring, especially when driving Australian distances. You need something to keep you sane, entertained and in the correct lane. Old rock anthems are a great choice, Meatloaf’s “Dead Ringer for Love” being one in particular. And whilst she said nothing at the time, I’m sure my mum really appreciated my attempts to keep her awake by singing heartfelt harmonies to Bon Jovi’s “Bed of Roses”…

9. Don’t judge a book by its cover
These words of wisdom apply in two senses. In the lovely town of Richmond in the Hawkesbury region of New South Wales, a local pamphlet that I picked up after chancing across the library recommended staying in the aesthetically pleasing New Inn Motel. I asked the old man at reception if he had a vacancy and how much it cost. When he told me the rather high total, I politely asked if that was the cheapest room he had. He looked at me like a piece of dirt and grumbled, “I wouldn’t have wasted my time telling you [this price] if there was.” His unnecessary rudeness inspired me to stay elsewhere, even if there was nowhere else and it meant having to sleep in the car.

Opposite the gas station further in town we spotted a motel attached to a liquor store called The Bottle-O Richmond Inn Hotel. “What about here?” my mum suggested. I noticed the motorbikes and pick up trucks parked outside and made a face. “It just looks really laddish and is probably full of drunks,” I said. Mum tutted at my scepticism so I went inside the shop to ask. On reception was a man probably a few years older than me with a shaggy beard and a few tats. He was really friendly and understanding when I asked if he knew of anywhere cheaper, even taking me outside and pointing to a place down the road that might be worth trying. We ended up just deciding to take the available room here because his kind nature had convinced me. We found the room to have the nicest decor of all we’d stayed in, too! 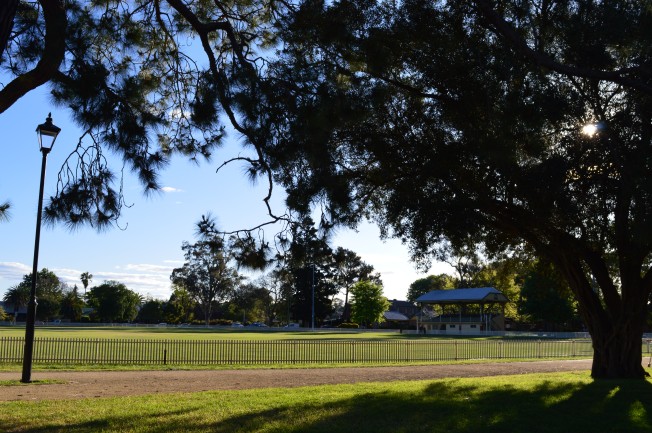 10. Never underestimate the power of the sun
I’m normally very diligent when it comes to wearing sunscreen, but managing to stay burn-free after a couple of hours of English summer weather can make one dangerously confident in their skin’s level of sensitivity. I completely forgot to apply lotion before spending a couple of hours in the morning sun in Richmond catching up with an old friend. I said goodbye looking like Rudolph having landed in the wrong country. Maybe that’s why the guy outside the train station was looking at me funny…

People follow different methods of travel and I don’t wish to state that there is only one correct way. But by giving these pointers a go, you will hopefully get more out of your trip…and a lot less stress!